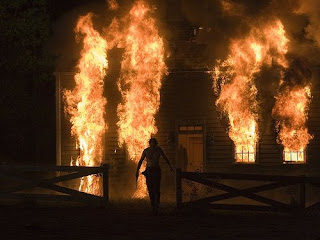 Brethren, thank you for being with me as I rant.
Posted by Jeff at 9:24 PM

You mean other than yourself, with comments such as
"But unfortunately, the Church has, since that time, corrupted their ceremonies in many ways..."

Of course, this may be due to your mistaken view of freemasonry, claiming that "I therefore believe that, unfortunately, the rituals of today's Freemasonry are more effective than the Mormon Temple rituals from a spiritual, transformative point of view."

You simply show you misunderstand the purpose of freemasonry.

Vulgar language such as "b----r" reflects poorly upon as well.

I do agree that your brothers don't know how unusual your beliefs are.

If you don't wish such responses, don't make such foolish statements bordering on bigotry. You yourself judged another brother's faith. They are just following suit.

Unless I've not read enough of the comments to know, I'd not assume the anonymous poster is a Mason. But, if he is, what he is doing is unmasonic.

I'm not expected to agree or disagree with your faith as a Mason. As Mason your faith is your business and not mine.

I'm sorry that you are experiencing intolerance. But, it just further emphasizes the need for Masonic education.

And, on a religious note, my faith tells me that in sharing my faith I'm never supposed to put down others.

You are now noticing why I moderate the comments on my blog.

I had my own battles with the religious fundamentalist Antis a couple of years ago. I moderated my comments for a few months and they lost interest and wandered off.

Try not to let them get you down. The GAOTU must have loved idiots - he made so many of them.
;-)

Sadly, Anon is right about my own shortcomings. I have tended to think of "The Church" - probably almost any big Church, not just LDS - as a non-human entity whose decisions are imposed upon her followers, and have been guilty of characterizing its actions with negative words, creating an "us vs. them" picture. Whether right or wrong, some people do make up that mysteries entity or consider themselves part of it in a way that it would be insulting to them for me to say such things. I apologize, and I will try to be a little bit more scholarly and less emotional when describing such things from now on. On the other hand, I feel no remorse for throwing foul language in the direction of any "anonymous" anywhere, when they've said anything to provoke it. ;-)