The Temple and its Sacred Altars 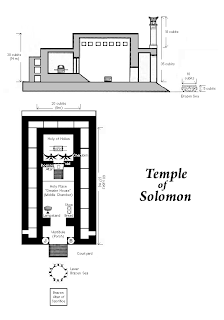 The Most Excellent Master, or Sixth Degree in the American York Rite, celebrates the Completion of King Solomon's Temple.  Four things are set in place in this degree.  The cap-stone is placed into one of the principal arches of the Temple, completing the building. The ark is safely seated within the Holy of Holies, and, after King Solomon offers the dedicatory prayer, fire descends upon the Altar of Sacrifice and the Shekhinah also appears. The lecture of the degree talks to us specifically about building our own inner or spiritual Temple, and draws our attention back to the progress we have made in the preceeding degrees.

Let us review the various Degrees and observe how the Altar of Freemasonry represents the various Altars of King Solomon's Temple as we progress through the degrees.

We are taught that Entered Apprentice Masons hold their meetings on the ground floor of King Solomon's Temple. The ground floor is the Courtyard, where the Altar of Sacrifice is located. It was upon this Altar that the Sacred Fire from Heaven descended and consumed the Sacrifice at the dedication of Solomon's Temple.  Once burning, the Fire from the Altar of Sacrifice is never extinguished.  It is carried into the Holy Place and used to light the Lampstand and its coals are used to kindle the Incense Altar, and is carried by the priests in censers whenever the Tabernacle must be moved.  It is the manifest presence of that Eternal Flame which never goes out, the Aur Ein Sof (Light Without End) of the Kabbalists, universally depicted over the Master's Chair in Freemasonry as the letter G.

Fellow Craft Masons hold their meetings in the Middle Chamber of King Solomon's Temple.  In the Middle Chamber we find the Incense Altar, where incense burns both day and night before the veil, and prayers ascend like smoke up over the veil into the Sanctum Sanctorum or Holy of Holies.  We also find the Seven-branched Lampstand here, and the Table of Shew-bread which are symbolized by the Wages of a Fellowcraft Masons, corn(wheat), wine and oil, and which, in the Temple, provided sustenance for the priests.

Master Masons hold their meetings in the Sanctum Sanctorum, or Holy of Holies.  Here we find an "Altar" called the Ark of the Covenant, which is a small chest or coffer, made of Acacia wood, and overlaid inside and outside with gold, into which were placed the tablets of the Law (both the broken and the unbroken sets), a pot of Manna, and Aaron's Rod which budded and blossomed with almonds.  A copy of the Torah was also kept within the Holy of Holies, next to or possibly upon the Ark.  The Jewish High Priest, standing before this Ark, or Altar, would offer prayer for his own sins and the sins of his people, and this was also where, according to Masonic legend, Hiram Abiff offered his prayers each day during the building of the Temple.

Upon the lid of the Ark (called the Mercy Seat) rested two additional Cherubim, made of the same piece of beaten gold as the Mercy Seat, facing inward, with their wings covering over and supporting the Ark.  The Holy Writings describe the Cherubim as having four faces, those of a Lion, an Ox, a Man and an Eagle, with one face towards each direction. These same creatures were also depicted on the standards of the four principal tribes of Israel, as described in the Royal Arch, or Seventh Degree, and when the Israelites were traveling in the wilderness for forty years, in their Encampment, it was these very same four tribes, Judah, Ephraim, Rueben, and Dan, who respectively camped directly to the East, West, South, and North of the Tabernacle.

Through a study of the Volume of Sacred Law, particularly Leviticus chapter 16, and also of the Talmud, we may learn a great deal about the ceremonies in which the High Priest engaged. He would enter the Holy of Holies on only one day of the year, Yom Kippur, and upon entering, he would pass beneath the Wings of the Cherubim. The Cherubim referred to are the large ones which stretched from one wall of this chamber to the other, touching the tips of their wings together in the midst of the room, as described in the Royal Master, or Eighth Degree.  After entering, the High Priest would place a golden censer filled with coals and incense upon the floor before the Ark of the Covenant, and retreat outside the room, where he would offer a prayer before the vail with hands uplifted before YHWH.  It was on this occasion, during this prayer, that he was permitted to speak aloud the Great and Sacred Name of Deity, and upon offering this prayer, the Shekhinah or Divine Presence would descend and rest above the Mercy Seat of the Ark of the Covenant.  He would then re-enter the Holy of Holies, and indirectly behold the Shekhinah through the hazy cloud of smoke which had emanated from the his Golden Censer and filled the room. This smoke was so thick that he was required to use his hands to block the smoke from entering his nostrils.  As also described in the Royal Master degree, as well as in the Sacred Writings, the Bath-Kol (Literally, "Daughter of Voice," in Hebrew), or Voice of God Unseen issued forth from between the wings of the Cherubim and was heard by the High Priest.

You've probably heard the analogy that our body is a Temple, a house for the Spirit of God to dwell in, or that we are to construct "a spiritual building, pure and spotless, fit for the habitation of him who dwelleth only with the good." 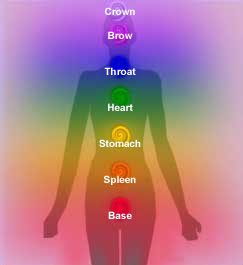 What follows is speculative, and is intended to stimulate your own thoughts on this subject:  I want to compare the events of the Most Excellent Master degree to both the physical and spiritual aspects of the human body and see if the completion of the Temple can be represented there in the same manner.  I will begin by suggesting that our Heart (or possibly, our Heart and Stomach) represents the Altar of Sacrifice.  Physically, the heart is the center of our body's blood system, and blood is the primary ritual element of the sacrifices which were performed in the Temple.  The blood from the sacrificial animals was placed upon the horns of the Altar of Sacrifice, and was also carried into the Holy Place and placed upon the horns of the Incense Altar.  Scriptures frequently relate Fire to the heart.  Psalm 39:3, for example, reads "My heart was hot within me, while I was musing the fire burned: then spake I with my tongue."  Jeremiah 20:8-9 reads "For since I spake, I cried out, I cried violence and spoil; because the word of the LORD was made a reproach unto me, and a derision, daily. Then I said, I will not make mention of him, nor speak any more in his name. But [his word] was in mine heart as a burning fire shut up in my bones, and I was weary with forbearing, and I could not stay."  Luke 24:32 says, "And they said one to another, Did not our heart burn within us, while he talked with us by the way, and while he opened to us the scriptures?"

As I mentioned, some of the blood was carried in to the Incense Altar, and the Psalm also said, "then spake I with my tongue."  Our throat has an Incense Altar within it, consisting of the tongue and also the larynx, or voicebox, by which we create speech and offer prayers. The throat is also where air enters our body, like the smoke ascending up from the incense altar and over the vail.  If our voice sends forth the prayer, and afterwards we pass through the vail into the Sanctum Sanctorum of our head where we stand in waiting for an answer to our prayer, would not the daughter of voice, the Bath-Kol, be that still small voice (see 1 Kings 19:11-13) of God, speaking directly to our mind. Would not the greater Cherubim reaching across the room be the eyes, whose optic nerves, like wings, meet in the middle of the Holy of Holies, and would not the lesser Cherubim upon the Ark, be our ears, whose canals lead inward, covering over and supporting the mercy seat?  The Bath-Kol is the Voice of God which issues forth from between the wings of these Cherubim and enters our thoughts as divine inspiration.  Perhaps the smoke of our Golden censer, is the temporary closing of our eyes and ears to outside sensory distractions so that we can listen for the Bath-Kol.  Perhaps, like the High Priest, we may invoke the True Word (not the Royal Arch Word, but that which it represents), and summon the Shekhinah to appear in our Holy of Holies to give us direction.  This direction is not identical to our own thoughts, but is added unto them, mixing with them.  Neither is it identical to that wisdom which descended to rest upon Solomon in the Past Master, or Fifth Degree, represented by King Solomon's Crown or the Top Hat of the Master.  But before we are to hear the Bath-Kol, we must ensure that the building is Completed, that the Keystone is set into the Principal Arch of the Temple, that the Ark is Safely Seated, and that there is a Fire burning upon the Altar of our Heart.  Remember, the Fire upon the Altar of our Heart should be continually burning, and the Incense should be offered both day and night, but the Shekhinah is only manifest when invoked by use of the Great and Sacred Name.

So, what do the Keystone and the Principal Arch represent in our bodily Temple?  How can we prepare our inner Temple for this event?   And, why must this event transpire before we are permitted to travel into foreign countries, or to go into that undiscovered country from whose borne no traveler returns, the privilege finally bestowed upon the craftsmen at the dedication of the Temple?

Please divert all comments on this article to the copy posted on the Reames Chapter #28 R.A.M. Website.